You’ve got to love a four-day work week!

Uh-oh! Still no plans for the weekend? Did the abbreviated work week catch you off guard? No need to fret… I have several San Francisco treats lined up for you!

Here are my top picks for making the most out of your weekend!

What’s faster than a speeding bullet? Well actually, nothing in this case. You’re in for a cinematic treat this evening with a screening of the 1968 action-thriller, Bullitt, where you’ll witness original “bad boy” Steve McQueen paint tire tracks all over our fair city with his 1968 Ford Mustang 390 GT 2+2 Fastback. (I had to mention that last bit for all of you car buffs out there.) You can enjoy the film’s famous 9 minute and 42 second chase scene from Pier 70‘s historic shipyard. The free movie begins at 8pm, but you’ll want to arrive early to check out the classic car show and to purchase some tasty noms from the food trucks.

There’s nothing quite like seeing classic rock legends live in concert. Unfortunately, I don’t know of any rock icons that are passing through SF this weekend. At least we can experience the next best thing at Slim’s Classic Rock Tribute Night. Headlining is Tom Petty and the Heartbreakers’ alter ego, Petty Theft. However, the opening band, The Killer Queens are who caught my eye, with an all-female tribute to Freddie Mercury. Tickets are $15 and the show begins at 9pm.

The San Francisco Bicycle Ballet, (yes, you heard me right), is performing their next production, Mais Oui at the Dogpatch Saloon. An $8 ticket will score you the opportunity to see a “gliding kaleidoscope fantasia” of synchronized bicycles, which are apparently viewed best from above. There will also be several bands playing before and after the show. To reserve a ticket and learn more about these glorious gliders, visit SFBB. 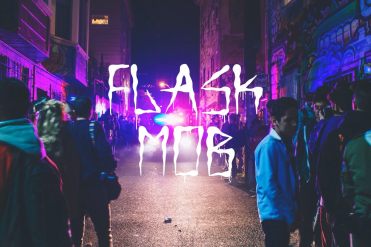 Flask Mob combines my love of several different entities: photography, drinking, the meeting of creative minds, and secret adventures. Flask Mob, a loose spinoff of the term “flash mob,” is a renegade monthly photowalk where photographers meet up to drink, dance, and get inspired. It’s free and anyone is welcome to join. Just bring a camera, a flask (optional), and a good pair of walking shoes! RSVP to this photo walk in Bernal Heights Park, or follow @flaskmob on Instagram to find out more about their upcoming Meetups.

San Franciscans love their parks. We also love drinking and playing grownup games. Sometimes an event comes along that meets the trifecta of our admirations, and this time its materialized in the form of the “Sloshball & Slip ‘N Slide Party” at Golden Gate Park. The drunken shenanigans will take place all day at Speedway Meadows. The organizers will supply a keg, music, frisbees, badminton, and hula hoops. It is suggested that you RSVP, and you may want to take along a backup supply of beer.

If you’d rather not wake up with a horrible hangover on Monday morning, then might I suggest a more “refined” park activity, like the Symphony & Italian Opera. The Golden Gate Park Band holds free concerts every Sunday through mid-October beginning at 1pm. In honor of Italian-American Day, the performance this week will feature Simi Cantori Italian opera singers. To check out the full 132nd season’s lineup of upcoming concerts, visit GGPB.

Well, that pretty much wraps up my suggestions for getting into some mischief this weekend. Do you have any tips or recommendations of your own? I’d love to hear your feedback!

1 thought on “Wandering through the Weekend”

Penny for your thoughts . . . Cancel reply